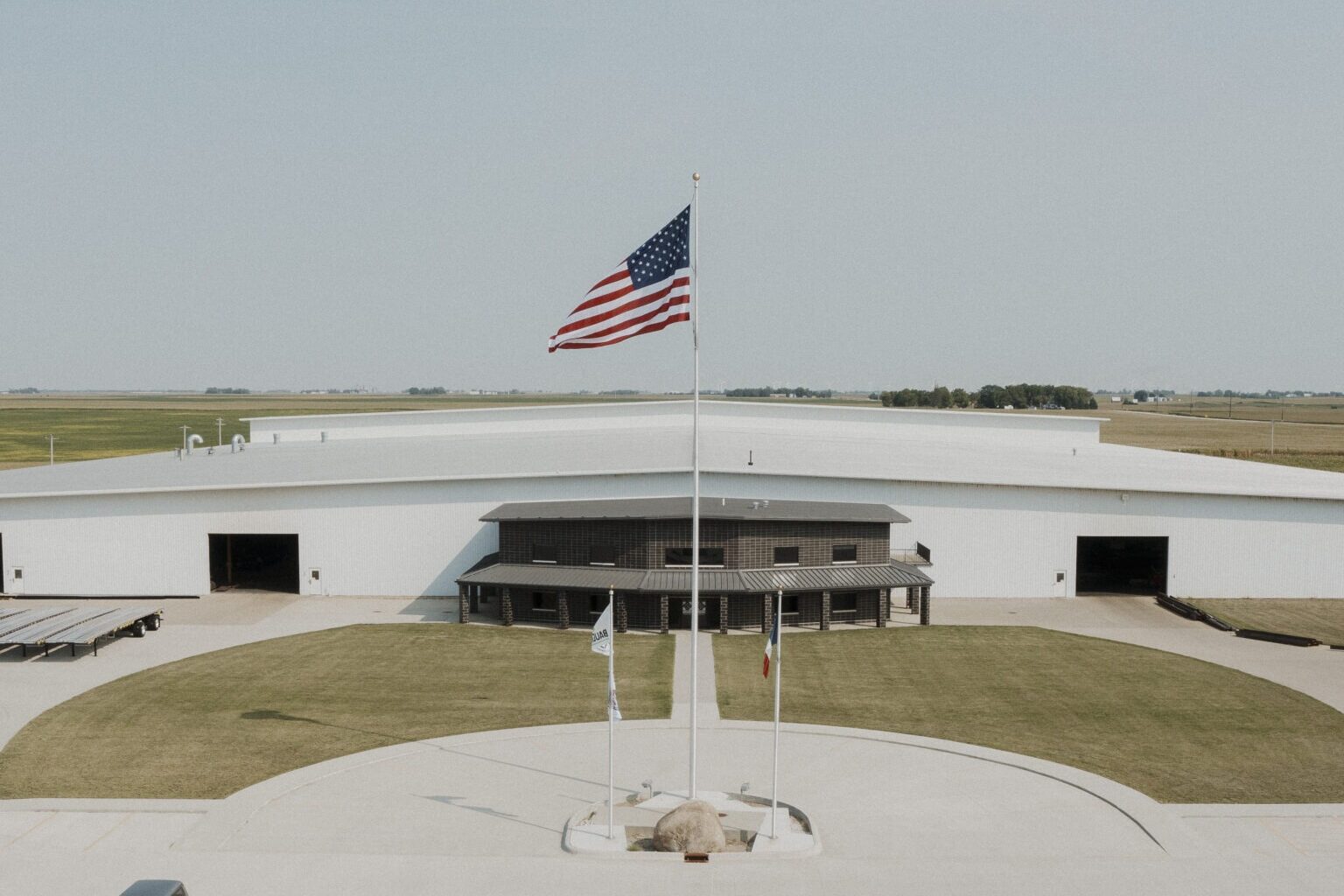 Vaughn Bauer has been a part of Bauer Built Manufacturing, Inc. for the past 40 years.  Formed in Paton, Iowa, as a family business with his parents in 1981. In 1982 Bauer Built Manufacturing was opened with a can do attitude and focused on a path of continuous growth. As their business grew, Vaughn & Lori purchased the 2 lots next to their home and put up a small shop which Vaughn still owns today and we affectionately call it the downtown shop. Vaughn spent several years repairing and improving machinery for area farmers.  In the late 1980’s Vaughn created and built a 12-row, 30-inch planter for his own farming operation. He wanted a more customizable planter than what was normally for sale at the time.  In the following years, he would continue to design and manufacture planter bars for himself and area customers on his own: with the size and customization always increasing significantly. By 2001 he had drawn the attention of John Deere & Co. and cultivated a relationship. In May 2002, Bauer Built entered into an agreement with John Deere & Co. and it was around that same time that Vaughn took the reins at Bauer Built.

Meanwhile, Vaughn continued to design and develop larger and more innovative ways to plant row crops.  By 2013 Bauer Built was manufacturing planters reaching up to 120 feet in length, employing 150 employees and selling his product through the John Deere network to multiple countries around the world.  In late 2013 the Bauer family sold the Bauer Built plant to John Deere & Co.

Bauer continued to invest in his community of Paton, opening the 209 Main restaurant in 2013 and the Paton Pit Stop convenience store in 2015.  Before long Vaughn built a new, state-of-the-art manufacturing facility just north of the John Deere facility to continue to fabricate and manufacture both new innovative proprietary products and contracted custom manufactured items.  Vaughn and John Deere continue their relationship, with Vaughn adding valuable insight in the development and refinement of exciting new technologies in the world of agriculture.

Give Us a Call Today